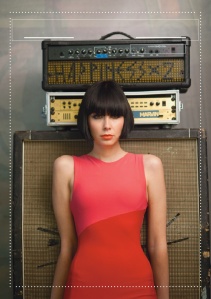 And so the arts cuts are in. There’s a general feeling that it could have been worse, and it could have, but the signs are that state funding can not be relied upon in future. With university fees also shooting up, an art school education too is likely to become an expensive luxury for a small elite. So, what course can someone who wishes to dedicate his or her life art take to survive and still create?

The idea of the artists’ commune or collective is not a new one. It may, however, be a model that artists have to look at adopting increasingly as the world continues to go through its current massive shifts. Most recent examples of these have been based on the ‘squatting’ principle, such as in Berlin after the wall came down, and in the decaying urban centres of the UK in the 1970s and 80s. Based on the occupation of unused urban spaces, and having the then fashion of ‘dropping out’ at their heart as much as community and collectivism, many of these projects proved dually unsustainable.

For one, many of the participants soon tired of the hard work that maintaining such a community involved, and once they’d had their fun, soon left for nice jobs and homes in the suburbs. Secondly, as urban living became fashionable, and cities became ‘regenerated’, abandoned warehouses, factories and big houses were converted into trendy flats and bars and the many squats, studios and clubs that had previously occupied them were forced to move on.

Despite this though, there is still much redundant land in Britain’s cities that is crying out for a new use. Town centres may have been regenerated, but the ring of poverty between the suburbs and the inner core remains almost everywhere. With the working-class communities that lived there often struggling to have a future once the industries that they relied on disappeared.

These areas may lack the large, open-plan spaces of old factories and warehouses, but they do have spaces and properties that might be suitable for the creation of real, sustainable artists’ communities. Whole streets of houses and masses of brownfield land are lying empty, often as a result of failed regeneration schemes. Of course, if city authorities can get people to buy these areas they will, but, with nearly all Britain’s post-industrial cities still gently shrinking, they may have a job on their hands.

If artists’ groups could take over such abandoned sites, and there are some mechanisms in place for this, such as Community Land Trusts, they could mark the basis of new communities that could help lead such areas from the blight they currently experience. Artists could work to grow food on currently barren land, restore houses for dwellings, abandoned pubs and shops for studio, exhibition and event space. Members could even cook, clean and generate energy communally.

Artists could work collaboratively to programme and produce work for spaces, and make money by selling tickets to events, creative services to clients and artworks and craft products to visitors. Facilities for metal fabrication, multimedia work, printing etc could be shared, thus reducing costs. With laborious and monotonous work in the community divided up equally, that would free time up for ‘creativity’ in whatever form that may take. Artists moving to areas such as these could be at the cutting edge of culture, now that the city centre has been reclaimed by corporate interests and become sanitised and controlled.

Such communities might also help solve the problem of the skyrocketing cost of art education. Communes could take on apprentices, like in days of yore. Instead of doing a foundation course, students could move in, be given food and board and tutored in artistic and other skills by more senior members in exchange for labour. Inevitably some would fall out with their tutor’s way of doing things, as would other community members, but they could go off and form new communes elsewhere, driving art forward as ever.

Let’s not be naïve. Many local authorities would rather let land go to seed that give it away for free. Not to mention the hostility that many blighted communities might feel to ‘artistic’ outsiders moving into ‘their’ areas. Along what lines such communities could be run would also be a big experiment in human nature. Many such groups start out with lovely anarchistic ideas only to descend into bitter hierarchies and in-fighting.

But artists at their best can be some of the most dynamic, driven and open people in society, often pushing change forward. If both communities and those in authority can be engaged such ideas might be possible. Let’s get things started.

This article appeared in Object of Dreams magazine in May 2011. It is an update of an article that was previously published in Mute magazine.

My Tweets
Follow Kenn Taylor on WordPress.com
Join 755 other followers