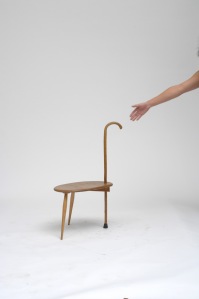 Originating at Sheffield’s Mappin Art Gallery in 1979, the quinquennial British Art Show has now reached its 8th edition and is returning to Yorkshire. The first segment of the biggest touring show of contemporary art in the UK is being hosted in its entirety at Leeds Art Gallery.

The exhibition is curated jointly by Lydia Yee of Whitechapel Art Gallery and freelance curator Anna Colin. With no set process and a fairly flexible brief, the outline of each British Art Show tends to be quite different. Yee details the curatorial process she and Colin developed: ‘The first nine or ten months were spent doing studio visits and meeting artists across the country. We didn’t set out with any real preconceptions. We let what we saw in artists’ studios and the conversations we had with artists inform the process.’

Through this though, the curators did find common links between artists, works and contemporary practice:
‘I think there were two very broad, but ultimately related, directions,’ says Yee. ‘Many artists are very much influenced by the internet and they’re using that as part of the process or the outcome of their work. At the same time, some are interested in the object, the handmade, materiality, the process of production. You spend so much of your life online working digitally, I think there was a desire to find ways of working with the hands. But the internet is not just this dematerialised thing, it has real life consequences that impact our world. So, over time, the connections became more and more apparent.’ 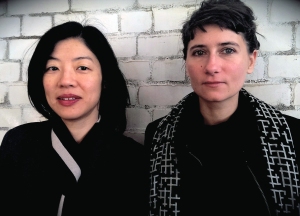 The show features more than 40 artists and a great deal of new work. Indeed, there will be different new works being shown in each stop on the tour: ‘We’re making sure at least one or two new projects are specifically made for each city,’ says Yee. ‘For example, in Leeds, Martino Gamper is going to be working with local artisans on a project where they’re going to be repairing pieces of furniture, or textiles, or clothing, or shoes. So visitors to the show will have the opportunity to bring their old items and get them fixed with a little twist to the normal repair that they might get in a regular shop.’

I ask though, what is the British Art Show’s role now? Is there a need to take British contemporary art on a huge tour in an era were there are art centres in almost every UK city and many towns, along with all the festivals, biennials and triennials and with so many of the same artists touring between them? 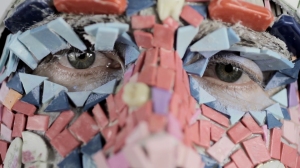 ‘I think one of the unique things about the British Art Show is that it goes to multiple venues across the UK,’ says Yee. ‘I think that’s distinctive from exhibitions that happen every few years but in the same place. Also, because it lasts over time, some of the artists have their work change or develop over time.’

I ask Yee, what sort of impact do her and Colin hope the show will have? ‘Hopefully it will have an impact on young artists and art students,’ she says. ‘A lot of artists have told me they remember seeing a British Art Show when they were a student or a young artist, so I certainly hope that this is the case this time.’

The British Art Show 8 opens at Leeds Art Gallery on October 9th 2015 and tours to Edinburgh, Norwich and Southampton.

This piece appeared in the 12th October edition of The Big Issue North.